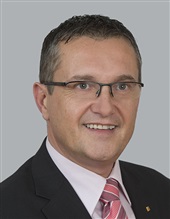 Born on 31 July 1965 in Split, Croatia. Obtained his qualification of Assistant in Cultural and Scientific Institutions from the Secondary School of Shipbuilding Industry in Split.