Croatian Parliament - continuity over the centuries

From an Aristocratic to a Civic Parliament 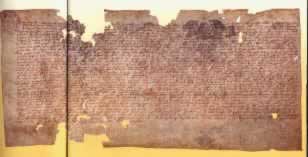 The first recorded Parliament (Sabor) of the Kingdom of Slavonia was held in Zagreb in the year 1273.

The minutes and conclusions from this session have been preserved. Eventually, the “Kingdom Hall” was secured for the needs of the Parliament of the Kingdom of Croatia, Dalmatia and Slavonia as a separate building purchased in 1731, which was destroyed the same year in a large fire but reconstructed and renovated afterwards. Prior to this, parliamentary documents were stored in the Cathedral in Zagreb’s Kaptol, or clerical district. These documents were later transferred into the “Archives of the Kingdom” in the Parliament House on St. Mark’s Square in 1764 together with the “Chest of Privileges”. The construction of this special chest to hold documents was commissioned by Royal Protonotary Ivan Zakmardi in 1643, based on a parliamentary decision mandating the review and registration of royal privileges.

Until the mid-nineteenth century, membership in the Parliament was restricted to members of the aristocracy. Then in 1848 it acquired the characteristics of a representative body. Pursuant to the Electoral Order issued at the command of Josip Jelačić – Croatia’s ban, or royal governor – and later ratified during a session of the Croatian Parliament, the first Parliament of citizens in Croatia was elected and convened on 5 June 1948. All able-bodied members from the previous aristocratic Parliament remained in it (at the invitation of the ban), while an additional 192 representatives of the people, elected regardless of social station (although subject to property and educational restrictions), also became members.

Parliamentary deputy Ivan Kukuljević Sakcinski was the first to use the Croatian language in formal parliamentary deliberations, when he delivered his now renowned speech calling for the replacement of the still official Latin language with Croatian.

Continuity over the centuries

The continuity of parliamentary activity, from the very beginnings to the present, was interrupted in 1918 by Croatia’s entry in the Kingdom of Serbs, Croats and Slovenes. This pause lasted until 1942, when the Croatian State Parliament was convened in the Independent State of Croatia. It was attended by deputies from the 1918 session, and those elected in 1938, as well as high governmental officials.

In the territory under the control of antifascist forces during the Second World War, from 1942 to 1945, legislative and executive authority was exercised by the Territorial Antifascist Council of the National Liberation of Croatia (better known under its Croatian acronym ZAVNOH), which convened a session in Zagreb at the end of the war on 24 and 25 July 1945 and changed its name to the People’s Parliament of the Republic of Croatia. During the period in which the Republic of Croatia was one of the federal units in the Socialist Federal Republic of Yugoslavia, the structure of the Parliament was altered by the constitutions adopted in 1947, 1963 and then 1974. However, under all of these constitutional solutions the Parliament was defined as the highest body of governmental authority.

After the first democratic multiparty elections held in Croatia on 30 May 1990, the first multiparty parliament was constituted. According to the provisions of the new Constitution promulgated in December 1990, the Parliament consisted of two chambers: the Chamber of Deputies with legislative authority, and the Chamber of Counties with an advisory role and the right to lodge so-called suspension vetoes. After the enactment of constitutional amendments in 2000, which changed the semi-presidential system in a parliamentary system, the Parliament acquired a new, more important role in Croatia’s political system.

After the elimination of the Chamber of Counties under the constitutional amendments enacted in 2001, the Croatian Parliament became unicameral