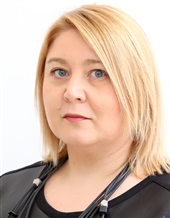 Born on 17 September 1975 in Zagreb. Graduated from the joint study programme at the Faculty of Humanities and Social Sciences and Faculty of Sciences, University of Zagreb – Master of History and Geography.